Due diligence mishaps – What were they thinking? 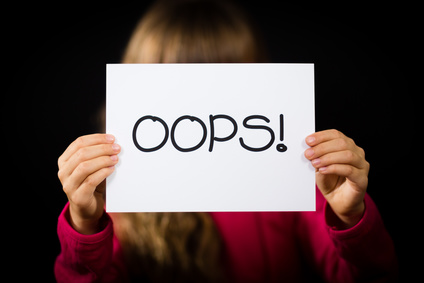 Writing about due diligence mishaps is a tricky proposition. It’s easy for me to second guess why someone goes through with a partnership or investment, even with obvious warning signs. Usually, the news sources provide few details, and it doesn’t seem fair to judge after the deal goes bad.

And then there are the cases when you want to shout at all parties involved, “What were you thinking?” A recent article from the Hartford Business Journal describes one of these. The journalists did a great job of laying out the facts, getting quotes, and offering several good reasons why those who provided funding to CliniFlow Technologies LLC for a now-defunct Hartford, Connecticut, project clearly deserve a spot in the Due Diligence Hall of Shame. And these state officials get extra points for lack of remorse.

The disregard for basic best practices is appalling, especially when it would have been easy to uncover the warning signs. Instead, officials made a deal with a company mired in legal issues related to alleged fraud, and – no surprise – problems eventually came to light that made it clear that the firm could not follow though with their promises. The state has “pulled the plug on the $3.6 million funding package,” leaving taxpayers with a bill for $400,000 in other incentives.

So what sort of mishaps earned Connecticut officials such an honored place in the Due Diligence Hall of Shame? Here are my top five reasons why they were easily duped into going business with shady characters – and will probably do it again:

They were desperate – Officials and citizens had big dreams for a “distressed Hartford corridor.” The project was, according to the article, “being pushed forward on a fast-moving timeline.” And, like most desperate people, they made mistakes, took shortcuts, and eventually convinced everyone that this was an amazing deal and would become the path to a rejuvenated city.

They lacked a thorough vetting process – Several lawsuits alleging fraud on the part of CliniFlow could have been easily found with some PACER searches. But this state agency just looks at state courts and “doesn’t routinely check to see if companies, or their top executives or related firms, are named in federal lawsuits, before incentive deals are approved.” (!)

They put too much faith in a local connection – Friends and family often become victims of fraud due to a false sense of security. CliniFlow’s chairman and CEO was a graduate of Trinity College in Hartford. It’s hard to determine how much influence it had in this case, but fraudsters often take advantage of their connections to help promote their schemes.

They haven’t learned from their mistakes – When asked about any possible changes to their vetting process in light of these findings, one official’s response was this: “I would say our current due diligence process is really working the way its supposed to. I don’t see an immediate need to change anything specifically, but that might change depending on our further investigation of this situation.”

No, sir, you missed some obvious signs, costing money, reputations, and trust. Thoroughly vetting people and companies before you go into business makes a lot more sense than cleaning up the damage from a bad deal. Shame on you.