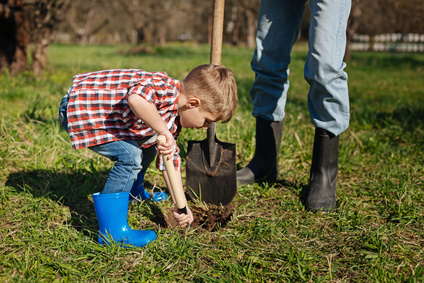 “Plays well with others”

Remember your report cards from kindergarten? Early on, we were encouraged and graded on our ability to get along with classmates and teachers. Now that we’re all grown up (in some ways), it seem that we’re still learning. Thanks to recent high-profile alleged improprieties, the spotlight is definitely on how well we work with others.

For example, we have today’s news that Ronny Jackson, President Trump’s nominee to head the Department of Veterans Affairs, has withdrawn his name from consideration due to alleged workplace misbehavior. And then we have the Weinstein mess and the other stories about how some of us have forgotten what we learned in kindergarten.

I’m not privy to the details of vetting someone to lead a government agency. Jackson denies the allegations, and earlier reports indicate that the White House did conduct early due diligence, but Jackson’s case might qualify for the Due Diligence Hall of Shame. It’s also a great example of why you should uncover these kinds of details in the early stages – not after the proverbial [email protected]#t hits the fan. Playing well with others at work isn’t child’s play; workplace misbehavior is bad for business and your investments.

Why is workplace misbehavior such an issue for investors?

It’s distracting – It’s hard for a company to run smoothly when employees are dealing with inappropriate behavior. Business always suffers in that environment, and then you have the lawsuits, which always distract.

It uncovers bad judgment – If someone engages in inappropriate behavior while on the job, what other bad decisions will they make in the course of doing running your investment? If what they’re saying about Dr. Jackson’s drinking is true, then it could be downright dangerous.

It’s contagious – An executive sets the tone at the top, so one person’s misbehavior becomes part of the company culture. And that affects the bottom line.

It looks bad and has consequences – Headline risk can destroy a business. Just ask Weinstein. Do you want to take the chance with your investment and your reputation?

How can you avoid dealing with a blowout from bad workplace behavior?

It all starts with early-stage due diligence, and here are a few guidelines for getting it right:

Start early – Senators uncovered information about Jackson’s alleged misbehavior during confirmation hearings, and it could have easily come up during the pre-nomination vetting process. Save time, money, and bandwidth by taking a proactive approach.

Talk to people – This is the sort of red flag you’ll rarely find online. Make sure to visit the workplace, if possible, and talk to co-workers. If you’re at a point in the process where you prefer to stay under the radar, ask around. A professional investigator knows how do do this without violating laws or ethics.

Decide your level of risk – Gathering information through early due diligence is just the first step. It’s important to consider whether or not you’re willing to risk your investment – or read about it on the front page of the NY Times.

Respect the process – Follow up on all red flags found during the due diligence process. The allegations may be false, or they could be true. You need to find out, and the sooner the better.

Put it in writing – By documenting the process for vetting new investments, you have something to fall back on when someone wants to move ahead without enough information about key executives and the business culture.

Workplace misbehavior is a serious problem, with serious consequences for your business, investments, and brand. Are you willing to take the risk? Start your due diligence early – to prevent troubles later.